Warning: "continue" targeting switch is equivalent to "break". Did you mean to use "continue 2"? in /homepages/22/d267538874/htdocs/clickandbuilds/DrBruceLogan/wp-content/plugins/essential-grid/includes/item-skin.class.php on line 1306

Warning: "continue" targeting switch is equivalent to "break". Did you mean to use "continue 2"? in /homepages/22/d267538874/htdocs/clickandbuilds/DrBruceLogan/wp-content/plugins/revslider/includes/operations.class.php on line 2758

Warning: "continue" targeting switch is equivalent to "break". Did you mean to use "continue 2"? in /homepages/22/d267538874/htdocs/clickandbuilds/DrBruceLogan/wp-content/plugins/revslider/includes/operations.class.php on line 2762

Warning: "continue" targeting switch is equivalent to "break". Did you mean to use "continue 2"? in /homepages/22/d267538874/htdocs/clickandbuilds/DrBruceLogan/wp-content/plugins/revslider/includes/output.class.php on line 3706
 Turning the World Upside Down, Exploring the Book of Acts – Part 1, by Dr Bruce Logan – Dr Bruce Logan
Skip to content 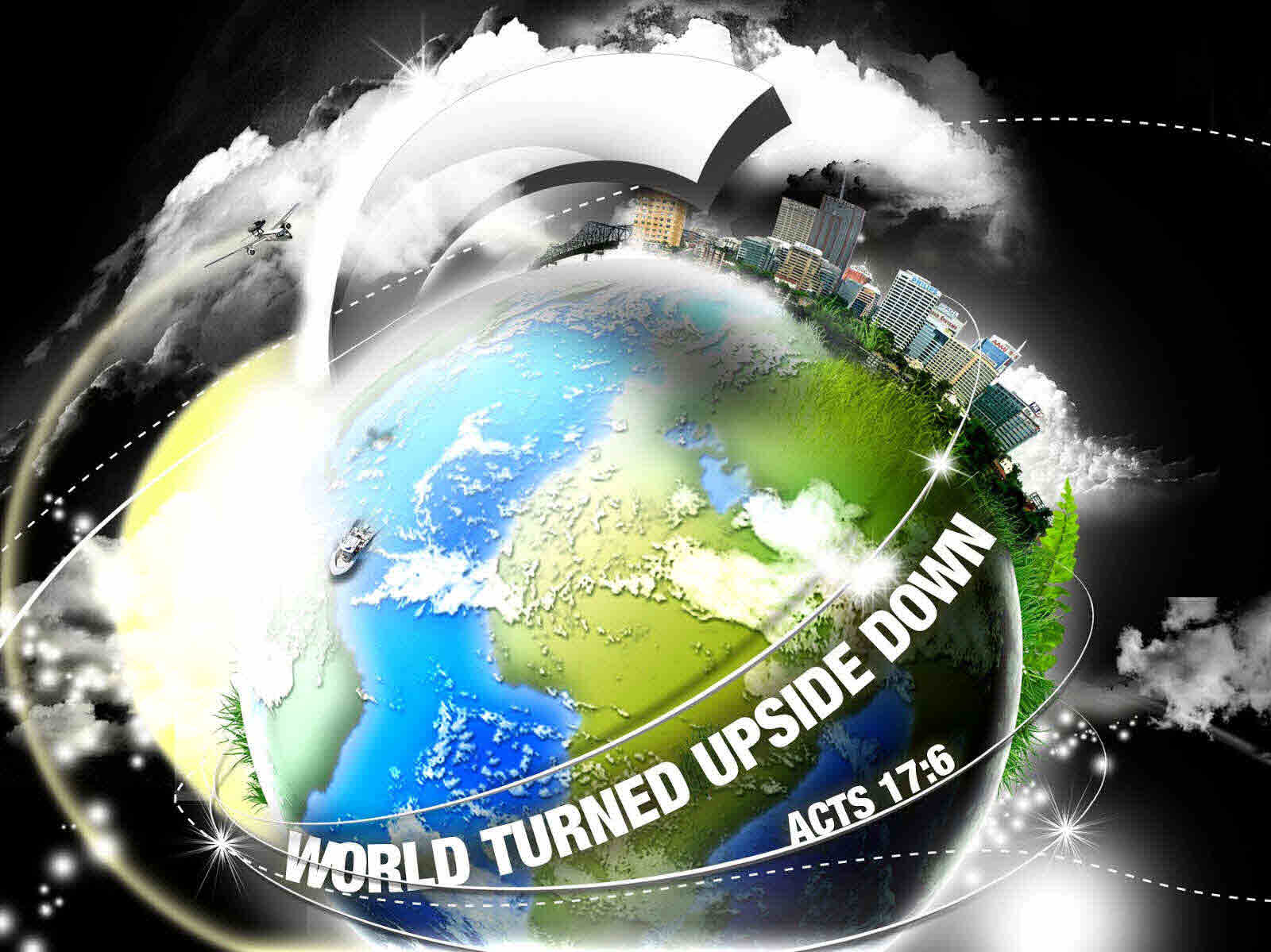 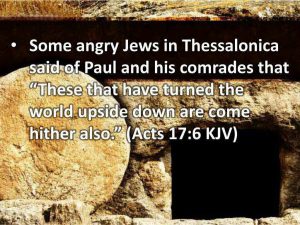 In Mathew 16:18, Christ made a statement to Peter that eventually would change the course of world history.  In this famous passage Christ declared, “And I tell you that you are Peter and upon this rock, I will build MY Church and the gates of will not prevail against it.”

The Acts of the Apostles forms a bridge between the record of Jesus Christ’s life and teachings as recorded in the four Gospels and the writings and labors of His Apostles. The book of Acts illustrates just how Christ continued to direct His Church through the inspiration and power of the Holy Ghost in the lives of His early followers.  The Holy Ghost revealed truth to the Apostles, who then established, led and taught those early believers. The Apostles also performed miracles in the name of Jesus Christ.

Through our study of this book, you will first discover just how the Church of Jesus Christ began to spread from Jerusalem “unto the uttermost part of the earth” (Acts 1:8).  You will also experience the impact and influence that they had on the pagan culture in which they had to navigate.  And most importantly, we will be able to gain a better perspective on just how believers today should follow the  example that was laid by those very first Christians, and the role that we should model as we endeavor to have a similar impact and influence for Christ, in the godless world that we are living in today.

In other words, the Book of Acts tells the story of how a handful of men and women, who by the power of the Holy Spirit, established and set in motion, what would become the Universal Church that our Lord referred to in this famous quote.

Succinctly put, Acts tells the story of just how a few disciples, in spite of unimaginable opposition and persecution, in a world that was totally pagan and totally hostile to any challenge to their pagan ways, yet did not leave their world the same way that they found it.  They were ordinary people whom God enabled to do extraordinary things.  It was the beginning of a movement that would shake the world to its very foundation, and which continues to this very day.  The Bible records that people said of these early Christ followers, that there were the ones who “turned the world upside down” (Acts 17:6).

But how did they accomplish these amazing things?  How could a small group of individuals, many of whom in the beginning hid in fear, was able to establish a movement that, in spite of the tremendous persecution, opposition and hostility, would eventually completely transform the pagan Greco Roman world?  And most importantly, what lessons can believers today, learn from the examples set by the early church, as we also have to navigate a culture that has become increasingly hostile to the Church and the message of Christianity, and any type of Christian cultural influence? 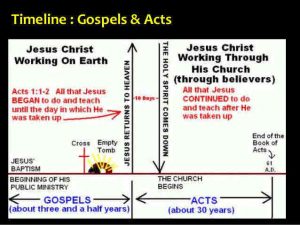 The book of Acts is found in the New Testament directly following the four Gospels – Matthew, Mark, Luke, and John. It covers about the first 30 years of church history and focuses on the Holy Spirit’s work primarily through Peter and Paul.

The title of the book of Acts comes from the Greek word praxis, a word often used in early Christian literature to describe the great deeds of the apostles or other significant believers. This title accurately reflects the contents of the book, which chronicles the lives of key apostles (especially Peter and Paul) in the decades immediately following Christ’s ascension into heaven.

Acts ends abruptly with Paul imprisoned in Rome, waiting to bring his appeal before Caesar. It is worth noting that in this history of the early Christian church, Luke mentioned neither Paul’s death (AD 64–68) nor the persecution of Christians that broke out under Nero (AD 64).  More than likely, Luke completed the book before either of these events occurred, sometime between AD 60 and AD 62, while Paul sat in prison, awaiting the resolution of his appeal.

Furthermore, Acts is the only biblical book that chronicles the history of the church immediately after Jesus’s ascension. As such, it provides us with a valuable account of how the church was able to grow and spread out from Jerusalem into the rest of the Roman Empire. In only three decades, a small group of frightened believers in Jerusalem transformed into an empire-wide movement of people who had committed their lives to Jesus Christ, ending on a high note with Paul on the verge of taking the gospel to the highest government official in the land, the Emperor of Rome.

On the Day of Pentecost, about 120 believers were gathered together when the Holy Spirit was poured out. Everywhere they went, they were ridiculed and opposed and persecuted and physically assaulted for their beliefs. Some were even put to death. Yet within a period of about 30 years, this original group of 120 and their converts came to be known as those who turned their world upside down. When we see their fearless preaching and their expectant prayer and willingness to obey, these Christians almost seem radical.

The Four Historical Periods of The Book of Acts

In this study of the Book of Acts, I would like to focus specifically on just HOW did this small group of individuals went from being a frightened, uncertain and confused group of individuals in the upper room, managed to spearhead this incredible and world changing movement called the church?  A movement that amazingly, still exists today two-thousand years later.  My approach to this study will be to divide the book of Acts into four chronological or historical periods that are covered in the book of Acts and beyond. 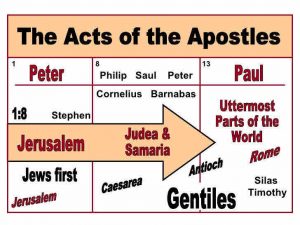 Judea and Samaria.   This period centered around three main characters:  STEPHEN, PHILLIP and PAUL   It’s during this period that many scholars believe that the BOOK OF JAMES WAS WRITTEN – (SEE: JAMES 1:1)…  JAMES WAS PROBABLY THE FIRST EPISTLE WRITTEN… 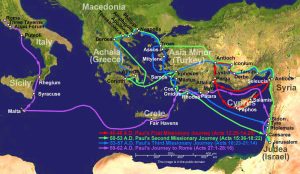 The Church starts out in Jerusalem, but by the time we get to the end of The Book of Acts, THE CHURCH IS IN ROME… Now initially, there were only 120 Christ followers, AND THEY WERE ALL JEWISH!!!  BUT BY THE TIME WE GET TO ACTS 28, THE CHURCH IS UNIVERSAL, AND IT INCLUDES BOTH JEWS AND GENTILES!!!  Now a large part of the Church’s RAPID EXPANSION, was the result of PAUL’S THREE MISSIONARY JOURNEYS: 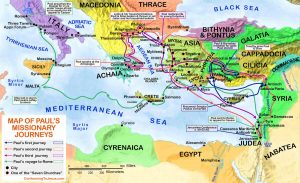 During this period, the Church faced TWO PRIMARY DANGERS:  PERSEQUTION & HERESY (OR FALSE TEACHING): (One was EXTERNAL, while the other was INTERNAL). 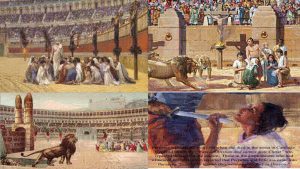 The Epistles that were written during this period, were written to ENCOURAGE BELIEVEFRS WHO WERE SUFFERING PERSECUTION, OR WERE CONFUSED OR BEING  LEAD ASTRAY BY FALSE TEACHING, SO THESE EPISTLES HAD TO BE WRITTEN IN ORDER TO CLARIFY TRUTH, IN ORDER TO HELP THOSE BELIEVERS TO AVOID DOCTRINAL ERROR OR PERSONAL SIN.

During this period Paul is released from his first imprisonment:  Paul wrote three PASTORIAL EPISTLES: 1 Timothy – To encourage Timothy who was serving in the Church of Ephesus.  Titus – Who was Pastor in the Church of CRETE, and 2 Timothy – Paul was arrested and imprisoned for the 2nd time, and he wrote 2 Timothy.. Nero then order Paul executed around AD 68.  Paul was beheaded, because it was illegal to crucify a Roman citizen. 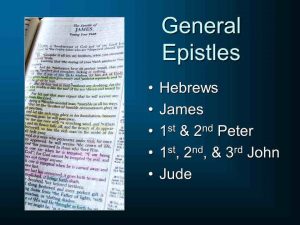 DURING THIS PERIOD OF CONSOLODATION – We get all of THE GENERAL EPISTLES – (EXCEPT JAMES – Which was written during the PERIOD OF EXTENSION). 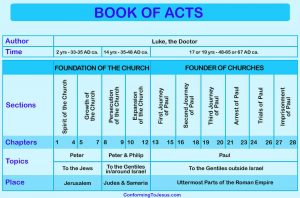 In our next installment of our chronological examination of the Book of Acts, we will begin to examine more closely, the first of the four chronological or historical periods with the “Period of Establishment.”

Get your paperwork filled out before you arrive.